PDI SSS-2 also includes performing gamma walkover survey of surficial soil where excavations are not already planned as shown on the four survey units on the figure (SU 1, 2, 3, 4) surveying the top six inches, and then, if no elevated measurements are recorded, scrape back the top 6 inches and perform another gamma walkover survey of the newly exposed surface soil. If DU penetrators or metal fragments are identified, the metal and visibly impacted soil will be excavated and containerized and the area investigated for the source. 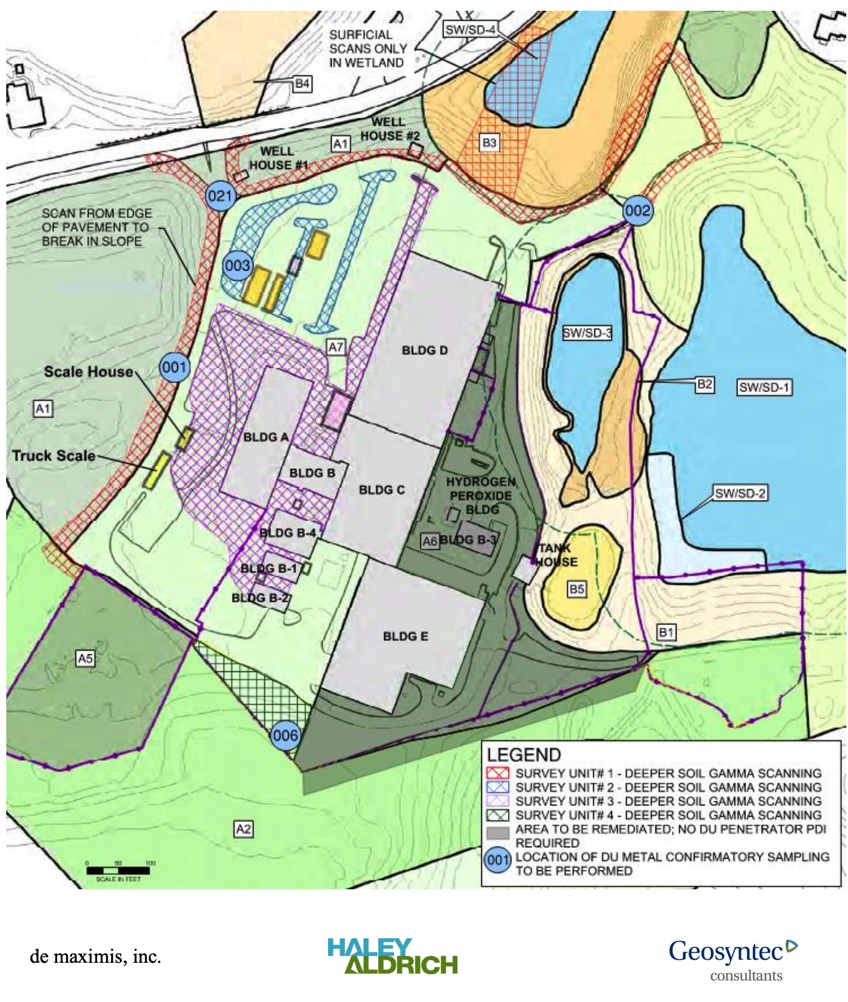